Best Times to Get Around Sydney

Did you know that in many cases, an electronic scooter is the fastest mode of transport! We tested out exactly how fast electric scooters are around Sydney, and the results were surprising!

For this test, we used the Ungai Model One (Dual Motor). The Unagi Model One is our favourite scooter for Sydney! It is light and compact enough to take up stairs, or carry when necessary, but has enough torque to climb the many hills Sydney has to offer! 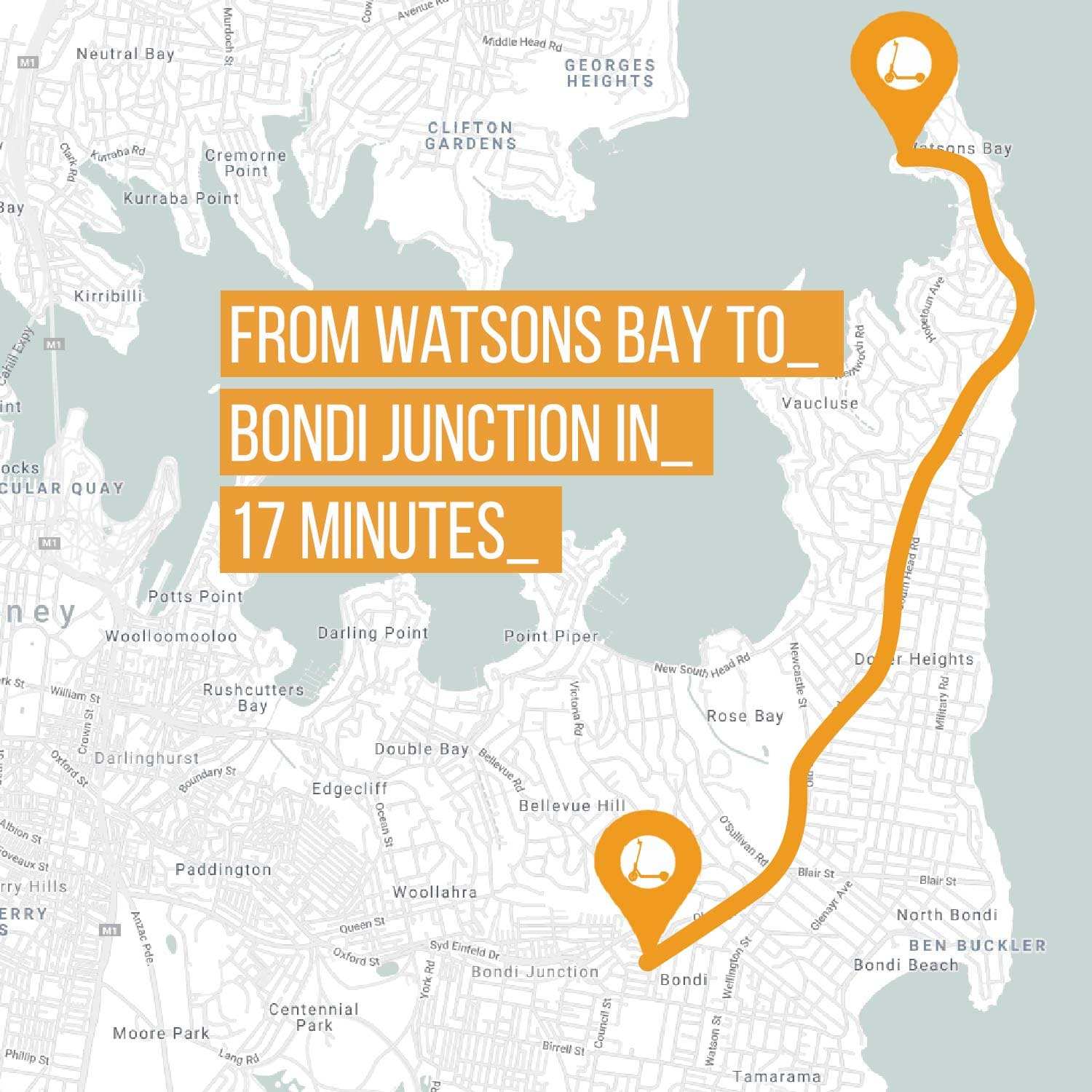 Our first test was going from Balmoral to Sydney City! We took the famous Military Road - high in traffic as usual - but we glided past this travelling along the footpath and in the bike lanes. We headed across Sydney harbour bridge - again in the designated bike lanes - and within 19 minutes, we were in the City! 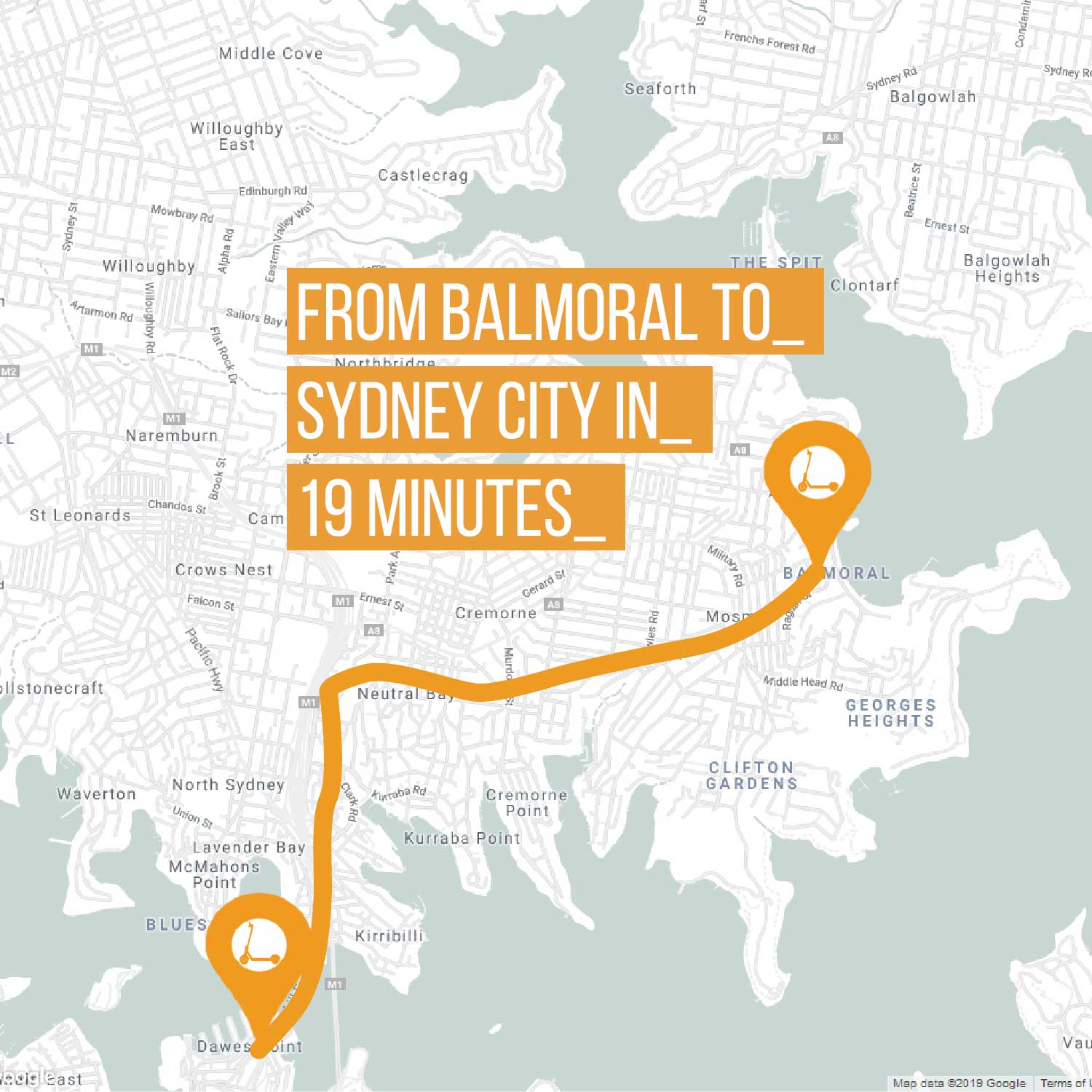 Our next test was from Circular Quay to Pyrmont Bay. Again, we mostly travelled in the bike lane's as we went across the City on George Street, and crossed Pyrmont Bridge! Within 1 minute from Pyrmont bridge, we were at the Star Casino!

From the Star Casino to Hyde Park was another cruisy ride, again, mostly using bike paths or open lanes. We cruised over to William Street in under 12 minutes! 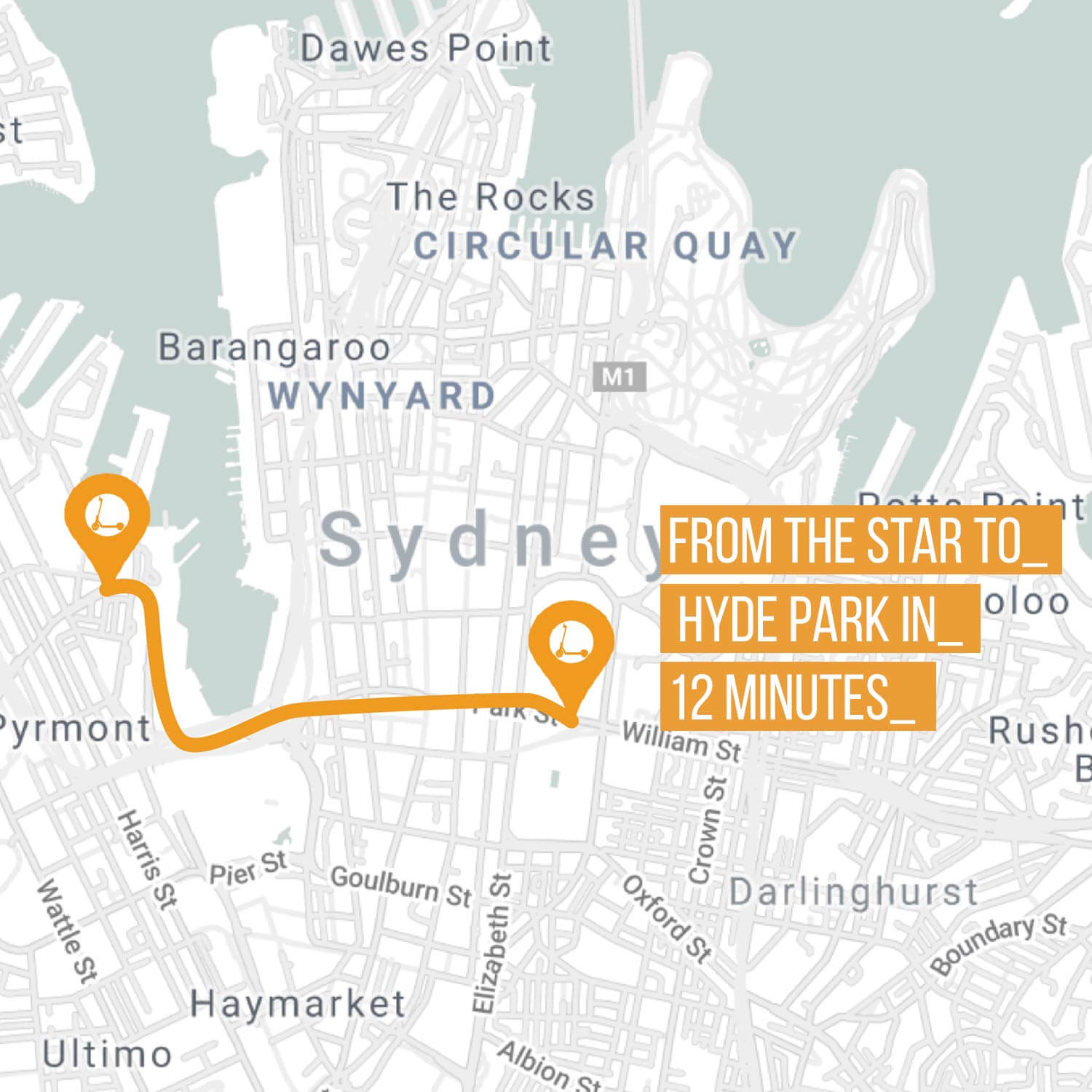 Heading back to Darling Harbour, we decided to take the route to the Sydney Cricket Stadium, utilising the many bike paths around the City, our Unagi Model One each brought us there in under 15 minutes! 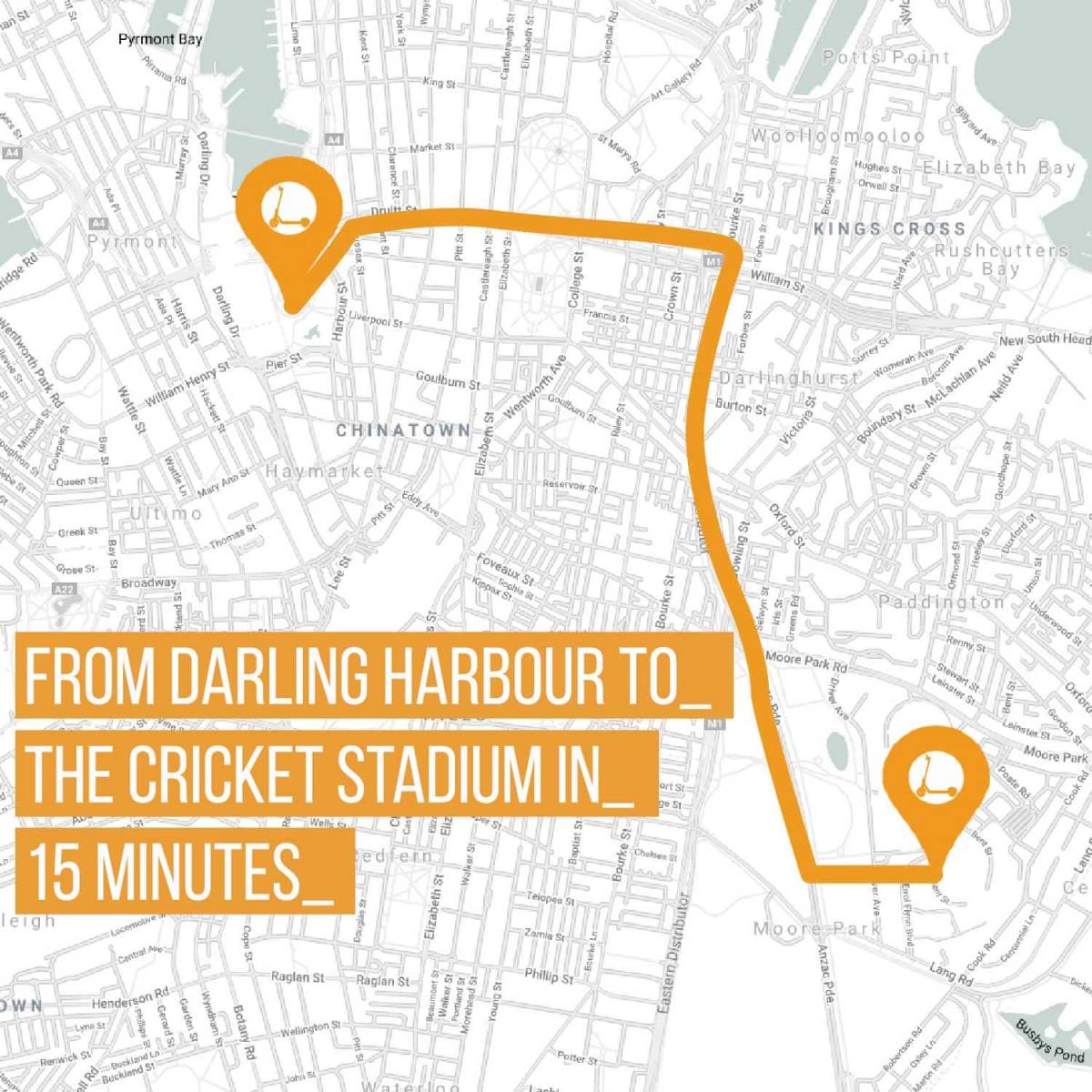 Watch our short video on getting around Sydney in record time, using the Unagi Model One! Where we compete on time trials to race to our destinations must faster than the cruises above. Available on Youtube coming soon!

Also coming soon; time trials in other cities, where we race electric scooters around Brisbane, and the famous 'big wheel' electric scooter in Melbourne. Follow us to keep updated!

About the Unagi eScooter?
The Unagi eScooter is a dual motor electric scooter featuring a 25km battery range, 25km/h top speed and two in-hub electric brushless motors. The Unagi is available from WalkSmart, test ride at our Pyrmont Store today! 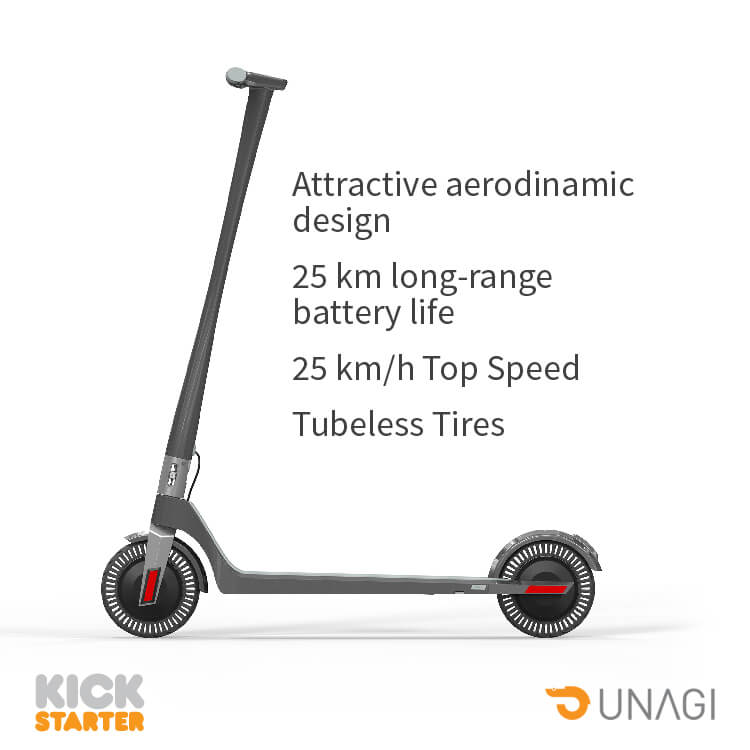 Electric Scooter Brisbane:
As many of you know; electric scooters in Brisbane are taking off! The Brisbane state government was the first to pass laws that allow eScooters and other electric e-mobility products to be ridden around the City both on public roads and footpaths! We are hopeful the NSW and VIC government will follow in their footsteps shortly. 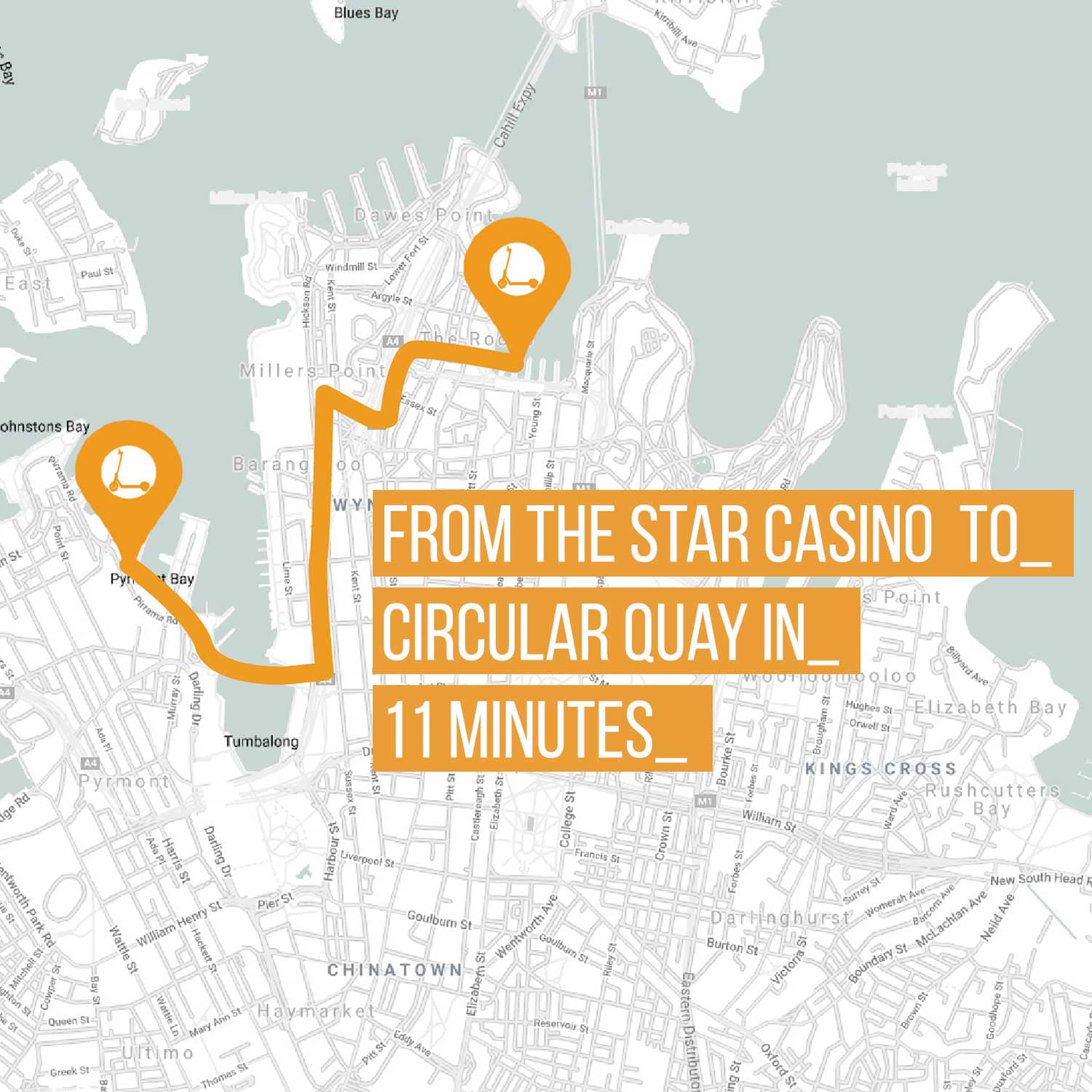