The Legality of Electric Scooters in Australia


The legality of electric scooters is something our team gets asked quite a lot from customers. It can be difficult to understand the laws in your local area, as they vary state by state. This page is designed to inform riders of the rules governing e-scooters in each state. We will make our best effort to ensure the information is accurate and up-to-date, but we do not guarantee this, and recommend you to do your own research.

Oz, land of the roos and drop bears. We are living in 2019 and yet going green is not something the government supports and they are not making it easy. Perfectly good stadiums look a bit more important apparently to rebuild and the cyclist gets it on the road without more bike lanes.

The thing is, electric scooters could change these issues. More electric scooters mean fewer cars used, less cyclist getting hit by a car, and a greener environment. This had been applied not just in the United States but for some regions in Europe as well. They are moving to a greener and cleaner future. So why can’t Australia?

Firstly, legal issues. It is illegal to ride electric scooters, hoverboards, electric skateboards, or motorised vehicles on the road or sidewalk except within your own property. The pact came for all the states and cities except QUEENSLAND now. The government wanted to do a “test” on Brisbane first before applying it on the other. So far, they legalise the new rule.

It has been astonishing to see how many people loved the scooters and that triggered others in the other states to buy one as well. This is how the rebellion starts. Other states while as stated illegal, it is still legal for a kick scooter to operate as long as it is less than 10kmh. People tackle this solution by simply kicking the scooter as if it is turned off when cops are around. Although, even most policemen in Australia are supportive of the community. Rob, an officer in NSW stated that “it is fun and as long as you are not being stupid about it, I don’t really give a d*mn.”

Secondly, while it is true that pedestrians are getting hurt, it is less severe compared to pedestrians getting hurt by a car or a bicycle. A Sydney man named Edward (rider) had this accident and sprained his ankle while hitting a pedestrian on the bike lane. “I basically went on the bike lane to go to JB Hi-Fi getting a new smart lightbulb when this lady literally moonwalked her way into the bike lane while waving at someone. I was caught by surprise and could not stop in time, so I threw myself over and luckily she was alright and it was just my ankle that got f’ed up.”

However, there are advantages when bringing the scooter to the regulation. There will be a faster and more effective way to commute, pollution-free environment, and a fan based community. A scooter is a practical solution compared to a bicycle and a less tiring one. So, no more sweaty shirts on the hot summer days. Only a nice breeze of air to get you cooled off before reaching the office.

The upbringing of the scooter will also raise movements to a greener alternative than buses and cars. When everything is electric, we can finally focus more on what global warming had done to our planet and we will be moving rapidly towards a self-sustained and renewable planet.

And last, the scooter community is not alone; Segway had started to implement the fan movement app where people around the world can share their stories and help with issues and problems they have with their scooters. For that Australia, do we deserve that change? or are we not ready for the future? 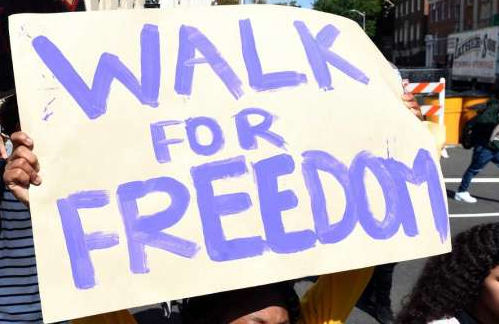